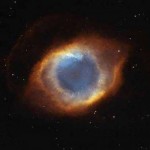 Is there Rolfing of the Spirit? Rolfing is that painful holistic body work system that uses deep manipulation of soft tissue to realign and balance the body’s myofascial structure. It improves posture, relieves chronic pain, and reduces stress,”  if you can stand it.

Some of you are experiencing this too. Others seem to be breaking through to new levels of success and abundance. YAY! And, talk about your highs and lows. Does heaven has something to do with this?

I think it does. As a dancer it makes sense to me that bodies moving through space have an impact on each other, that fields of energy filled with matter constantly change the visible and invisible scenery. These days the astrologers know that the tensions are high.

I get Rob Brezny’s weekly posts. Who do you tune in with?

Rob has some great responses to the “debunkers.”

QUESTION. How can an intelligent, educated person possibly believe astrology has any merit?

ROB BREZSNY. Many of the debunkers who’re responsible for trying to discredit
astrology have done no research on the subject. They haven’t read smart astrological
philosophers like Dane Rudhyar, don’t know that seminal astronomer Johannes Kepler
was a skilled astrologer, and aren’t aware that eminent psychologist C.G. Jung cast
horoscopes and believed that “astrology represents the summation of all the
psychological knowledge of antiquity.” The closest approach the fraudulent “skeptics”
usually make to the ancient art is to glance at a tabloid horoscope column. To match
their carelessness, I might make a drive-by of a strip mall and declare that the profession
of architecture is shallow and debased.

That’s one reason why these ill-informed “skeptics” spread so many ignorant lies. For
instance, they say that astrologers think the stars and planets emit invisible beams that
affect people’s lives. The truth is, many Western astrologers don’t believe any such
thing. Astrologer Richard Tarnas says it well: Just as clocks tell time but don’t create it,
the heavenly bodies show us the big picture but don’t cause it.

QUESTION. You have said that you believe in astrology “about 80 percent.” What’s up
with the other 20 percent?

ROB. I use the same 80-20 approach with every belief system I love and benefit from:
science, psychology, feminism, and various religious traditions like Buddhism and
Christianity and paganism. I take what’s useful from each, but am not so deluded as to
think that any single system is the holy grail that the physicists call the “Theory of
Everything.” Unconditional, unskeptical faith is the path of the fanatic and
fundamentalist, and I aspire to be a rowdy philosophical anarchist, aflame with objectivity
and committed to the truth that the truth is always mutating

QUESTION. But don’t you risk playing the same role the tabloid astrologers do: enticing
people to take on a superstitious approach to life and seducing them into believing their
fate is determined by supernatural forces beyond the influence of their willpower?

ROB. I call what I do predicting the present, not forecasting the future. My goal is to
awaken my readers to the hidden agendas, unconscious forces, and long-term cycles at
work in their lives so that they can respond to the totality of what’s happening instead
of to mere appearances. I want to be a friendly shocker who helps unleash their
imaginations, giving them the power to create their destinies with the same liberated
fertility that great artists summon to forge their masterpieces.