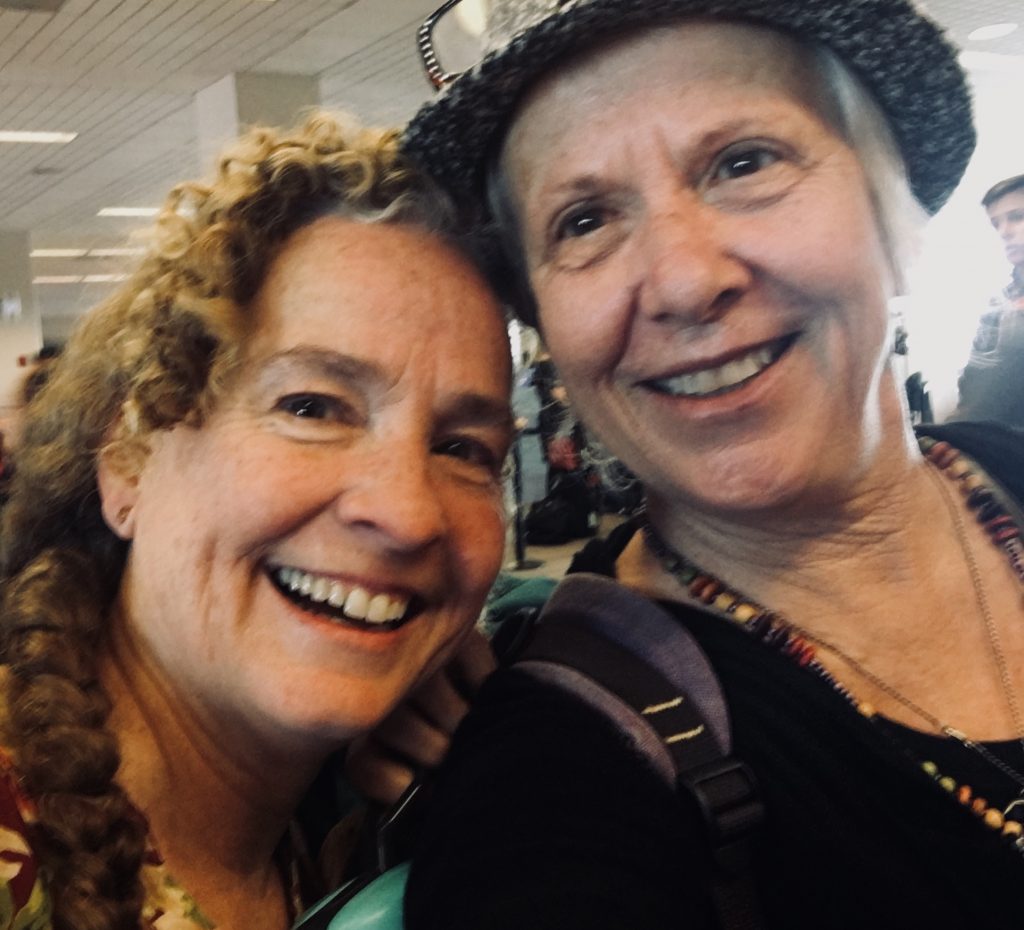 I looked across the waiting area at Gate 22 out of Oakland and saw Mary Busby, the fairy godmother of one of the most beautiful sacred bookstores on the planet, Sagrada. We were both heading to Albaquerque. Because of Southwest’s open seating arrangement I grabbed a couple of seats and we sank into two hours of divine time that only heaven could have arranged!  Love was at work.

Our conversation flowed as I would expect, igniting imagination, politics, mysticism, and art. We both curate little worlds dedicated to imagination and soul. We do our best work by inhabiting our spaces and welcoming people into deep solace, friendship and beauty.  I call these places “hidden monasteries.”

We contemplated a mysterious challenge that we share, that of being somewhat shrouded in mystery. Sagrada is at the heart of thriving cultural center, yet frequently unmentioned when the area gets national attention.  InterPlayce, on the corner of 23rd and Telegraph is at the heart of Oakland’s First Friday, a remarkable and huge pop up event that has received national press.  InterPlayce too is a hidden gem.

It makes me wonder about the heart of neighborhoods. Are mystics at work wherever cultural centers emerge? I think of Julie’s Tea in Alameda. Julie, too, has a unique quality of humility, consistency, joy, and imagination. Mystery herself may be at the heart of these affectionate centers.

Mary and I would define profit in ways that transcend the normal growth model. But our souls are practical. Alongside our business partners, Carlos in her case, and Phil in mine, we work steadily and quietly in care of ourselves and the “work.” 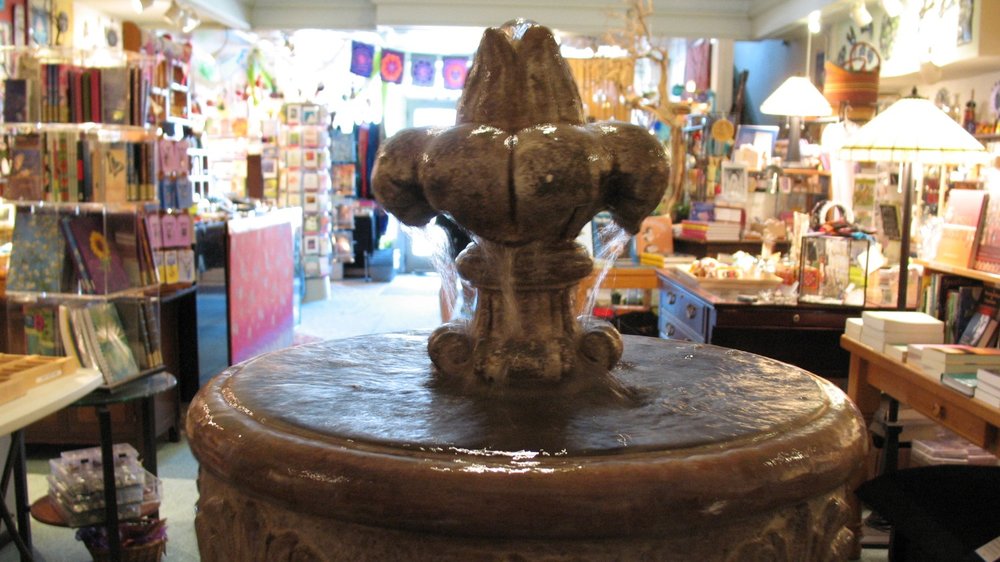 I told Mary that I just heard David Vasquez-Levy, seminary president, talk about being in the Age of Acceleration. Time is one of the great casualties of our era, time to think, especially theologically. Thomas Friedman names the accelerations of globalization, migration, technology, climate change etc, as moving faster than our human capacity to change. He says we all feel it. Perhaps this is why he calls his book Thank You for Being Late: An Optimist’s Guide to Thriving in the Age of Accelerations.

Mary and I talked about the challenge of keeping hopeful. I shared the beautiful faith healing work of Bruno Groning, a German mystic who catalyzed massive healing in the midst of the World Wars.

Then Mary mentioned Wendell Berry’s 2012 Jefferson Lecture “It All Turns on Affection” In it he borrows from E. M. Forster’s Howards End. “This craze for motion has only set in during the last hundred years. It may be followed by a civilization that won’t be a movement, because it will rest upon the earth.”  Berry compares the economic attitudes of what Wallace Stegner called the Boomers and the Stickers. “The boomer is motivated by greed, the desire for money, property, and therefore power…Stickers on the contrary are motivated by affection, by such love for a place and its life that they want to preserve it and remain in it.” Berry goes on to speak of his grandfather’s attitude toward his place. “While the soil was exposed, a heavy rain fell and the field was seriously eroded. This was heartbreak for my grandfather, and he devoted the rest of his life, first to healing the scars and then to his obligation of care. In keeping with the sticker’s commitment, he neither left behind the damage he had done nor forgot about it, but stayed to repair it, insofar as soil loss can be repaired. My father, I think, had his father’s error in mind when he would speak of farmers attempting, always uselessly if not tragically, “to plow their way out of debt.” From that time, my grandfather and my father were soil conservationists, a commitment that they handed on to my brother and to me.

Mary was on her way to be with her sister Beth, who has a farm outside of Albaquerque. They would celebreate their birthday, yes, and there was work to be done to get the fruits of the land in place to be sold in the coming weekends.

Affection for each other, the land, and the fruits!

I was headed to the Hidden Monastery Retreat at Synergia Ranch, a community and farm with long roots in imagination and affection. Marie Harding, artist, has been welcoming guests here for ages. Fifteen of us will step into holy time. Time will not be something to be filled, but a spacious gift to tend. We will not need to explain to each other than we are mystics, that we have touched the heart behind the heart. We will not need to teach each other about the role of art in our spiritual practice. Each person already knows that as Allen Tate said, ” It is by imagination that knowledge is “carried to the heart.”

More importantly, our bodies will align with the land’s time. And as Great Love wants to do, it will all turn on affection.

Blessings and bows to you in your own hidden monasteries. 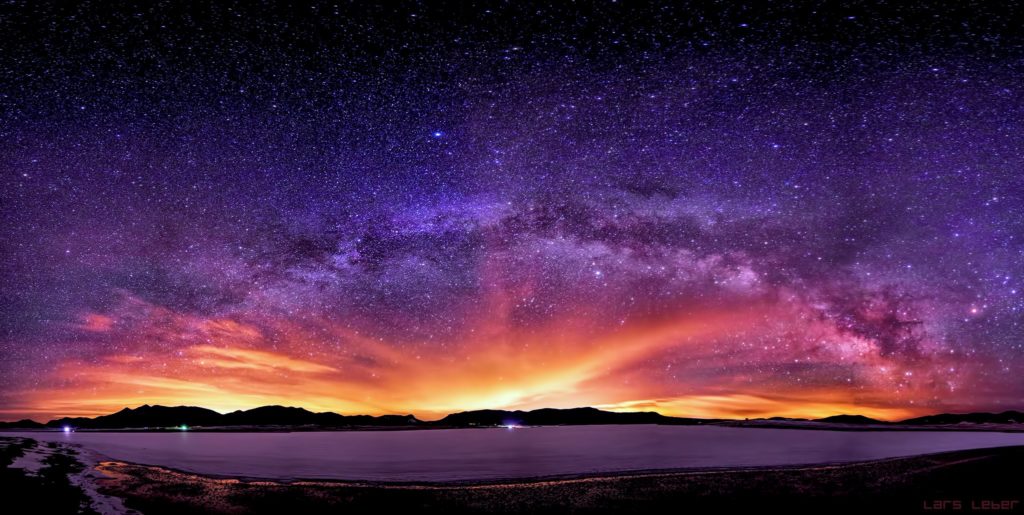