I celebrate David Stendl-Rast, 90 year old interfaith wisdom teacher and gratitude guide leading us into the never before more profound and radical spiritual key of play! He writes, 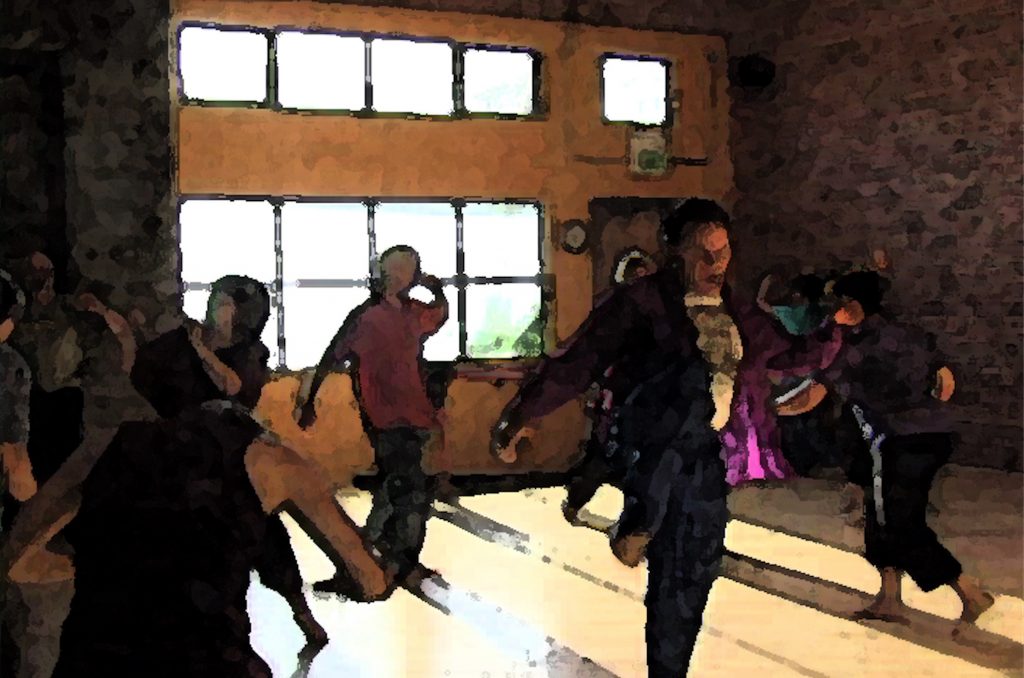 I’d like to send you warm greetings and good wishes at this festive season. However, it will be festive only if we learn to play again, play creatively, the way we knew how to play as children. Nothing was more important to us children, nothing more serious, nothing more necessary than to play. School, however, soon brainwashed us, replacing our childlike wisdom by mere knowledge and saddling us with work instead of freeing us to play. Wisdom plays. Yes, wisdom plays! In the Book of Proverbs, Lady Sophia, Divine Wisdom personified, sings of the part she played “at the very beginning, when the world came to be … When the primordial sea was not yet … when springs did not yet gush forth … before the mountains made valleys … I was there … When He set the sea its boundary … when He marked out the foundations of the earth, I was with him … playing day by day before him … playing on his rounding earth, and my delight it was to be with humankind” (Prov. 8: 23-31).

Whatever we do in these festive days, it can become work, or we can turn it into play. It’s up to us. As long as we have only our purpose in mind, we are working; but when we allow the meaning of what we are doing to take hold of us, we are playing. Work purposefully strives for a goal that lies ahead of it; but play has its goal within itself. When we play, or sing, we have no other purpose than singing or playing. Or do we dance in order to reach a goal? In all the many tasks, we have to tackle these days, we will succeed playfully, if we do not merely act purposefully, but allow ourselves to be seized by meaning. And is not the deepest meaning of all we are doing love? — love as our lived “yes” to the fact that all of us belong to all.

Celtic spirituality speaks of “Thin Places,” where the veil between this world and another is translucent. There are “Thin Seasons” also – and now one has come. Can you not sense the Great Secret – the meaning of all – beyond a thin, thin veil, these days? Let’s celebrate this: Let’s play! Only when we play do we truly celebrate. Some celebrations may have secondary purposes, but only if their main purpose is celebration for the sake of celebration, do they remain meaningful. Whosoever celebrates, plays — for no other reason than to play.

In the monastery, the solemn game of Advent liturgy culminates in the great O Antiphons. And the first of them, O Sapientia, invokes Wisdom: “O Wisdom, coming forth from the mouth of the Most High, you embrace the world from end to end. With strength and gentleness, you set everything in order. Come and reveal to us the way of insight.” – Finding meaning in what we are doing, that is true insight.

Wisdom seeking to take hold of us and to teach us to play, seems to do this more easily at this Thin Season. It may be a tune, a smell, or the laughter of children that grabs you. Let it happen! – and at once you can play again, you can celebrate, and every task becomes meaningful. If we enter the year 2018 with this attitude, we may hope to come a step closer to a global order of strength and gentleness — and that is my urgent heartfelt wish for all of us.

Brother David is a Catholic Benedictine monk, notable for his active participation in interfaith dialogue and his work on the interaction between spirituality and science. He was born and raised in Vienna, Austria. He received his MA degree from the Vienna Academy of Fine Arts and his Ph.D. in experimental psychology from the University of Vienna. He emigrated to the United States in the same year and became a Benedictine monk in 1953 at Mt. Saviour Monastery in Pine City, New York, a newly founded Benedictine community. With permission of his abbot, Damasus Winzen, in 1966 he was officially delegated to pursue Buddhist-Christian dialogue and began to study Zen with masters Haku’un Yasutani, Soen Nakagawa, Shunryu Suzuki and Eido Tai Shimano.

He co-founded the Center for Spiritual Studies with Jewish, Buddhist, Hindu, and Sufi teachers, and since the 1970s has been a member of the cultural historian William Irwin Thompson’s Lindisfarne Association. His writings include Gratefulness, the Heart of Prayer, The Music of Silence (with Sharon Lebell), Words of Common Sense and Belonging to the Universe (co-authored with Fritjof Capra). He also co-founded A Network for Grateful Living, an organization dedicated to gratefulness as a transformative influence for individuals and society.