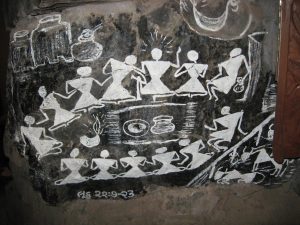 You are a sensitive being. You feel and notice more than most. What do you do when a toxic leader is driving you crazy? When this happens, you and I need to engage different muscles, soul muscles. Maybe you are already using them.

I was once a minister in the church. Unfortunately, I navigated more than one situation where a person incrementally took the community captive. Some people aren’t just critics. There aren’t enough workshops, experts, prayers, committee meetings, or conversations to appease these individuals. They ferret out dissent and build coalitions. The idea of a common good is not on their mind though they say it is. They blatantly defy social rules and are uncannily gifted at encouraging others to do the same, even people I’d expect to behave ethically. In my experience, a church leader, like presidents, agrees not to tamper in communities they’ve served. In my case, the former pastor got seduced into hosting dinner meetings with the antagonist. Confusion grew. People refused to name the ringleader.

How does this happen? More like a disease in the body than a strategy, some people eat and drain the energy or power of others as indicated in this article on workplace bullying. The book Antagonists in the Church: How To Identify and Deal With Destructive Conflict by Kenneth Hauck helped make sense of my experience. I don’t consider the book authoritative about normal conflict, but it showed that this particular problem wasn’t just me. Because leaders lrefuse to empower such experiences is one reason we don’t talk about it. But, for many the scars are real and so is the learning.

I love affirming people. I am loyal, playful, caring, and too empathetic. But, antagonists aren’t interested in that. They need energy. I had to learn an entirely different strategy for dealing with the insatiable drama of antagonism, but by the time I did, it was too late — the church split. Good and embattled members disappeared. My health deteriorated. I had no training in the phenomenon and had to go. The good news is that experiences like this accelerated my path to create InterPlay. I understood better the nature of health in the community.

As we deal with insanity in the U.S. presidency, here are the strategic muscles I’m using.

Step one: Center in soul and healthy relationships. Gather and honor your higher power. Soul muscles are so deep we forget that they’re even there. Connect to Source and find the reassurance that you are OK no matter what.

Step two: Resist looking for what is fair and what isn’t. Instead, notice energy. Are you getting drained? Is it like people are fighting a disease? Are they getting drained? Yes? This is an energy problem. Don’t be consumed.

Step three: Keep shifting attention off of the antagonist to those open to love. The antagonist’s ability to incite reaction is their primary power. Use energy wisely. Train your focus on building up people.

Step four: Give up shaming and negotiating. Mental health professionals recognize that some personalities may not be able to improve their social awareness. Shame or negotiation with antagonistic people feeds the disease.

Step five: Surrender idealism. To deal with conflict head-on, I had to confront an addiction to idealism. Perpetuating tolerance of unjust actions and words is part of whiteness. To see if you are addicted to idealism, check out this article.

Step six: Observe Solemn Boundaries: Let your “No” be neutral and clear. This is where soul muscles get a real workout. The good news is that NO becomes the most loving thing for everyone. Items on the list below come from PsychCentral.com for dealing with Borderline Personality Disorder. They are similar to the behavioral strategies for dealing with people who are agitating for their next energy/drama fix.

Step seven: Keep building coalitions that understand and protect against the nature of antagonism and continue to place situations and people in Divine hands.

Step eight: Know that all of the above is Love.

I’d love your thoughts and reactions to this. I’ll respond to comments.