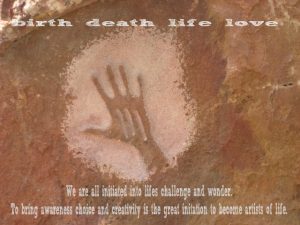 Franciscan Richard Rohr, a prolific, eloquent teacher and guide for our times, recently wrote on body wisdom, soul, and collective stuckness. Drawing from Resmaa Menakem, My Grandmother’s Hands: Racialized Trauma and the Pathway to Mending Our Hearts and Bodies, he shares the growing awareness of historical white stuck trauma. It’s in our bodies and continues to inflict pain.
To unstick trauma requires more than noticing or releasing trauma. Traditionally humans healed their traumatized social nervous systems through the birthright practices of movement, voice, story, stillness, humor, affection, love,  friendship and ceremony.  The creative neuro-pathways not only bring us back to a healthy sense of life and soothe us, but they also open up channels of inspiration and communication with wise, higher-ordered intelligence.
Scientist Stephen Porgas in The Polyvagal Theory writes that “to connect and co-regulate with others is our biological imperative. We experience this imperative as an inherent quest for safety that can be reached only through successful social relationships. In which we co-regulate our behavior and physiology.”
In the Art of Ensoulment Self Care Playbook for Mystics and Sensitive Leaders, my year-long course dedicated to body, soul, creativity and wisdom needed to thrive and lead in the coming days, I share key initiations. One is to restore our birthright practices.
In the Four-Fold Way: Walking the Paths of the Warrior, Healer, Teacher and Visionary anthropologist Angeles Arrien writes,  “In many shamanic societies, if you came to a shaman or medicine person, complaining of being disheartened, dispirited, or depressed, they would ask one of four questions. When did you stop dancing? When did you stop singing? When did you stop being enchanted by stories? When did you stop finding comfort in the sweet territory of silence? Where we have stopped dancing, singing, being enchanted by stories, or finding comfort in silence is where we have experienced the loss of soul. Dancing, singing, storytelling, and silence are the four universal healing salves.”
Be reassured. No art, no soul, is lost, only dormant. It’s silence waits and holds beautiful and terrible secrets, casting shadows of creative power that pulse and pull on us in the dark. Poet John O’Donohue in the Invisible Embrace of Beauty sees stillness as the hidden power of dance  “Stillness is the canvas against which movement can become beautiful. We can only appreciate movement against the background of stillness. Were everything kinetic, we could not know what movement is. As sound is sistered to silence, movement is sistered to stillness” Appreciate the hidden arts and we generate creative surges of growth, connection, and insight. InterPlay offers a beautiful container for exploring this.
For the one in five of us who are sensitive bodies, we need creative flow more than most. We need soothing, holistic sensations, insights and technologies. We need to counterbalance suffering with renewed beauty and hope. We need artistic observation, reasoning, and consensual processes that loop us into energy, guide and regulate collective body wisdom.
I am afraid it is no longer enough to do solo dances, solo songs, and solo embodied prayers.  If we want health in the social body, we must dignify the wisdom of our ancestors and the living traditions of indigenous people whose dances, songs, and stories are spiritually intelligent. Then we must reinitiate our body wisdom and creativity in simple, heart-activating ways. InterPlay is brilliant at this.

From Stuck in the Body by Richard Rohr, Thursday, February 20, 2020

In the West, we rely predominately on “head” knowledge, but our hearts offer us plenty of information as well through powerful experience of awe and empathy, joy and heartbreak (even if we choose to dismiss it most of the time). But it seems to me that we have lost or ignored the wisdom of the body almost completely. I have often taught that if we are not transformed by our pain, we will almost certainly transmit it to those around us, and I am learning that we pass it on to future generations as well.
Author and therapist Resmaa Menakem speaks directly about “bodily knowing” and the transmission of trauma from a historical and corporate perspective. Our bodies have a form of knowledge that is different from our cognitive brains. This knowledge is typically experienced as a felt sense of constriction or expansion, pain or ease, energy or numbness. Often this knowledge is stored in our bodies as wordless stories about what is safe and what is dangerous. . . . The body is where we live. It’s where we fear, hope, and react. It’s where we constrict and relax. And what the body most cares about are safety and survival. When something happens to the body that is too much, too fast, or too soon, it overwhelms the body and can create trauma. . . . Trauma is not primarily an emotional response. [It] always happens in the body. . . . Trauma is the body’s protective response to an event—or a series of events—that [the body] perceives as potentially dangerous. This perception may be accurate, inaccurate, or entirely imaginary. . . . An embedded trauma response can manifest as fight, flee, or freeze—or as some combination of constriction, pain, fear, . . . reactive behaviors, or other sensations and experiences.
This trauma then gets stuck in the body—and stays stuck there until it is addressed.  Menakem explains how layers of trauma have built up in the United States: America is tearing itself apart. On the surface, this war looks like the natural outcome of many recent social and political clashes. But it’s not. These conflicts are anything but recent. One hundred and fifty-six years ago, they spawned the American Civil War. But even in the 1860s, these conflicts were already centuries old. They began in Europe during the Middle Ages, where they tore apart close to two million white bodies. The resulting tension came to America embedded in the bodies of Europeans, and it has remained in the bodies of many of their descendants. Over the past three centuries, that tension has been both soothed and deepened by the invention of whiteness and the resulting racialization of American culture. At first glance, today’s manifestation of this conflict appears to be a struggle for political and social power. . . . While we see anger and violence in the streets of our country, the real battlefield is inside our bodies. If we are to survive as a country it is inside our bodies where this conflict will need to be resolved. . . . If we are to upend the status quo of white-body supremacy, we must begin with our bodies.
Adapted from Resmaa Menakem, My Grandmother’s Hands: Racialized Trauma and the Pathway to Mending Our Hearts and Bodies (Central Recovery Press, 2017), xvii, 5, 7. Image credit: Saint Serapius (detail), Francisco de Zurbarán, 1628, Wadsworth Atheneum Museum of Art, Hartford, Connecticut.